Some Of The Places Where We Defend Courts-Martial 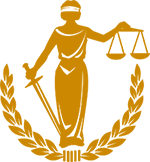 For more information, check out our other website at: https://www.court-martial.com

On active duty or mobilized and a landlord, bank or car dealership is coming after you? You may be protected by the Servicemembers Civil Relief Act or SCRA. This law may protect you on financial obligations, rent or mortgages, especially when deployed overseas. Cave & Freeburg, LLP, can help you in cases where the SCRA is violated by a landlord, bank or creditor.

The Veterans Benefit Act of 2010 even allows you to recover damages, legal expenses and attorney’s fees if the SCRA was violated!

When does the SCRA Apply?

The SCRA was passed to protect service members from having to worry about their property and families while deployed or on a mission. The SCRA applies when military service “materially affects” the service member’s legal or financial responsibilities. For example, if a reservist is called to active duty that may lower the reservist’s income and make it impossible to meet mortgage expenses. Or, an active duty service member is sent on an unaccompanied tour overseas and has to pay rent in two different locations.

The SCRA generally applies to reservists when they are called to active duty for mobilization or for their two week annual training.

The SCRA generally applies to members of the National Guard who are called to active duty for a period of more than 30 days in a row for a national emergency.

Mr. Philip Cave has been practicing military law exclusively since 1979. He has extensive experience as a prosecutor, defense counsel, appellate advocate, and legal advisor in military cases. He is President, the National Institute of Military Justice, and had been a Director since 2000. While on active duty, Mr. Cave served tours of duty in the U.S., Gulf-I, as the Staff Judge Advocate for the USS JOHN F. KENNEDY (CV 67), and overseas in Spain, Portugal, and Bahrain. While on active duty, he also served as a Navy Clemency & Parole Board member, the Joint Service Committee on Military Justice, and other regulatory and legislative matters. Now retired, he has represented clients from each of the five Services at courts-martial trial and on appeal, and with adverse administrative actions. His cases have taken him to many U.S. bases from Guam, Japan/Korea, Europe, Iraq, Afghanistan, and the Middle-east.

Mr. Philip Cave came to the United States in 1972, having spent seven years with the Metropolitan Police in London, England. After graduating from the Case Western Reserve University Law School in 1979, he went to the Naval Justice School. Then Mr. Cave reported to has first assignment at Naval Legal Service Office Norfolk to be a defense counsel and then a trial counsel (prosecutor). He has taught trial advocacy to Navy judge advocates using the NITA method. Over the next 20 years, Mr. Cave served as a Navy judge advocate in various military justice-related assignments: twice as a defense counsel, twice as a trial counsel (prosecutor), three times as a staff judge advocate (command legal advisor), and as an appeals lawyer. For his last few years of active-duty, Mr. Cave served in the Navy office responsible for Military Justice legislation, regulations, and policy, as well as sitting as a member of the Naval Clemency & Parole Board.

Mr. Philip Cave has broad experience in courts-martial ranging from simple AWOL/UA cases to complicated murder, sex assault, and national security cases. His total military justice matters numbering in the thousands. Mr. Cave has a Master of Laws from The George Washington University School of Law. He is regularly consulted by print, radio, and T.V. media for commentary on significant military justice cases and issues, in addition to being the military justice editor for www.caaflog.com. His most recent articles have been in the U.S.N.I. Proceedings and in The Daily Beast.

Mr. Nathan Freeburg graduated from The Florida State University School of Law in 2002. He moved to New York City, where he practiced complex commercial, contract, and securities litigation in federal court. During this period, Mr. Freeburg was a key member of trial teams that won multi-million-dollar verdicts for his clients on the plaintiff’s side and successfully defended against them on the defense side. Mr. Nathan Freeburg then entered active duty with the U.S. Army in 2008. He deployed to Iraq and then practiced as a prosecutor at Fort Hood, TX, as a Division Chief of Military Justice at Fort Meade, MD, as a military defense attorney at Fort Benning, GA, and elsewhere, and then was handpicked to train and advise Army defense lawyers worldwide for the U.S. Army Defense Counsel Assistance Program. During his time on active duty, Mr. Freeburg tried or consulted on some of the most well-known cases in U.S. military history. As a prosecutor, he worked closely with Army CID, NCIS, the FBI, and various United States District Attorney’s offices. As an Army defense attorney, Mr. Freeburg developed expertise in cross-examining alleged sexual assault victims, law enforcement agents, and senior military commanders.

In 2017, Mr. Freeburg left active duty with the Army and began defending military cases across the services as a civilian. Mr. Nathan Freeburg has broad courts-martial experience in Army, Navy, Marine Corps, Air Force, and Coast Guard cases involving allegations of premeditated murder, rape, child rape, sexual assault, espionage, the production and distribution of child pornography, fraud, aggravated assault, and other serious crimes, often receiving full acquittals or an acquittal on all of the serious charges. Mr. Nathan Freeburg has taught C.L.E. (Continuing Legal Education) classes on courtroom skills to hundreds of lawyers across the United States and even Germany and South Korea.