Who is the best defense lawyer at Fort Bragg?

A Military Defense Lawyer for the Fort Bragg Courtroom

Soldiers are tried by court-martial under the UCMJ at Fort Bragg next to Fayetteville, North Carolina.

Fort Bragg’s status as the home of the 18th Airborne Corps, the 82nd Airborne Division, U.S. Army Special Operations Command, 3rd Special Forces Group, Joint Special Operations Command (JSOC), the unit popularly known as Delta or CAG, U.S. Army Forces Command (FORSCOM) and the U.S. Army Reserve Command (USARC), as well as some recent notable cases, such as the court-martial of SGT Bowe Berghdal, increases the number of investigations and potential trials by court-martial and making trials often especially unfair because of the media and higher command visibility, making an experienced civilian military defense lawyer the best option.  The Fort Bragg courtroom, unusually for military courtrooms, is in a stand-alone building with white pillars that looks like a southern civilian courthouse.

At the Fort Bragg courtroom, the deck is stacked against the accused Soldier. If you are tried at Bragg your lawyers and paralegals will be outnumbered 6 to 1 and the commanding general who sends the case against you to trial will personally pick the members of the jury. As if this isn’t enough, they won’t even have to reach an unanimous verdict to convict you (unlike civilian court). The prosecutors will have all the money for experts and investigators they want but your defense lawyer will have to give your case strategy in order to ask the prosecution to fund your own defense experts (and they can and usually do deny your experts anyway). The prosecutors will work hand in glove with CID to convict you, and CID will refuse to look at any evidence that may show your innocence. Sometimes the prosecutors will add on minor charges like being late to work (called a “Failure to Report” or FTR) just so the Army can say you were convicted, even if you are somehow acquitted on the serious accusations. The prosecutors at Fort Bragg are personally trained by the more than ten expert civilian and military prosecutors at the Army’s Trial Counsel Advocacy Program at Fort Belvoir. In fact, on some cases the Army will even send these prosecutors to Bragg to help prosecute you! Considering all of this, you will not receive a fair trial at Fort Bragg. Your best chance is a very aggressive, experienced military defense lawyer who does not care about his or her career, but only about winning your case.

Camp Mackall is an active US Army training facility located in northern Scotland County and Richmond County, North Carolina, just south of Southern Pines and is part of Fort Bragg. Camp Mackall was originally called Camp Hoffman and was built in 1943. Camp Bragg was founded in 1918 as the Army looked to expand in need of field artillery training compounds to prepare for the First World War. Camp Bragg was formed out of 127,000 acres of sand hills and pine trees. It was named for Confederate General Braxton Bragg an artillery officer originally born in North Carolina. Camp Bragg became Fort Bragg in 1922. Eventually, Fort Bragg would be known for its airborne division, which was established in 1934. Over the years, Fort Bragg continued to grow and reached 5,400 soldiers by 1940. In 1942 the first airborne units started training at Fort Bragg in preparation for combat. There were five World War II airborne divisions stationed here including the 82nd, 13th, 101st, 11th and 17th. They were all trained at the Fort Bragg-Camp Mackall compound.
Fort Bragg touches four counties with Camp Mackall part of another three counties. The compound includes seven large drop zones, four impact areas, 82 ranges, 16 live fire maneuver areas and several Army airfields.
Camp Mackall also hosts the Colonel James “Nick” Rowe Training Compound that hosts SERE, SFAS and Q course as well as other courses.

The permanent stationing of the 82nd Airborne Division at Fort Bragg kept the base at full capacity, when it was considered for deactivation in early 1950. In late 1951 the XVIII Airborne Corps found a home at Fort Bragg along with newly established US Army Physiological Warfare Center. The current population of Fort Bragg stands at just over 140,000, made up of 77,000 active duty and reserve soldiers and 63,000 dependents and family members.

If you are facing UCMJ charges while stationed at Fort Bragg, you need the guidance of an experienced aggressive military defense lawyer.

After trying complex commercial cases in federal court in New York City, Nathan Freeburg entered active duty with the U.S. Army where he deployed to Iraq and practiced as a prosecutor, as a Division Chief of Military Justice, as a military defense attorney and then was handpicked to train and advise Army defense lawyers worldwide for the U.S. Army Defense Counsel Assistance Program. During his time on active duty, Nathan tried or consulted on the most well-known cases in military, some with worldwide recognition and developed an expertise in cross-examining alleged sexual assault victims, law enforcement agents and senior military commanders. Having defended service members for allegations in and out of the U.S., this aggressive Fort Bragg military defense lawyer has extensive experience handling different kinds of charges including sexual assault, murder, theft, rape, child pornography, Article 31, NJP, separation and discharge proceedings. If you are facing any kind of military legal problem, talk to Nathan Freeburg for experienced advice and the best aggressive military defense.

Service members deserve the best military lawyers to represent them at their court martial or administrative separation proceeding. If you or a family member are stationed at Fort Bragg and are suspected of a military offense such as sex assault or if you are facing an administrative separation, Article 15, show cause board, letter of reprimand or GOMOR, then call Nathan Freeburg immediately toll-free at 1-833-BEST-JAG. 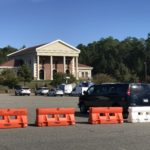